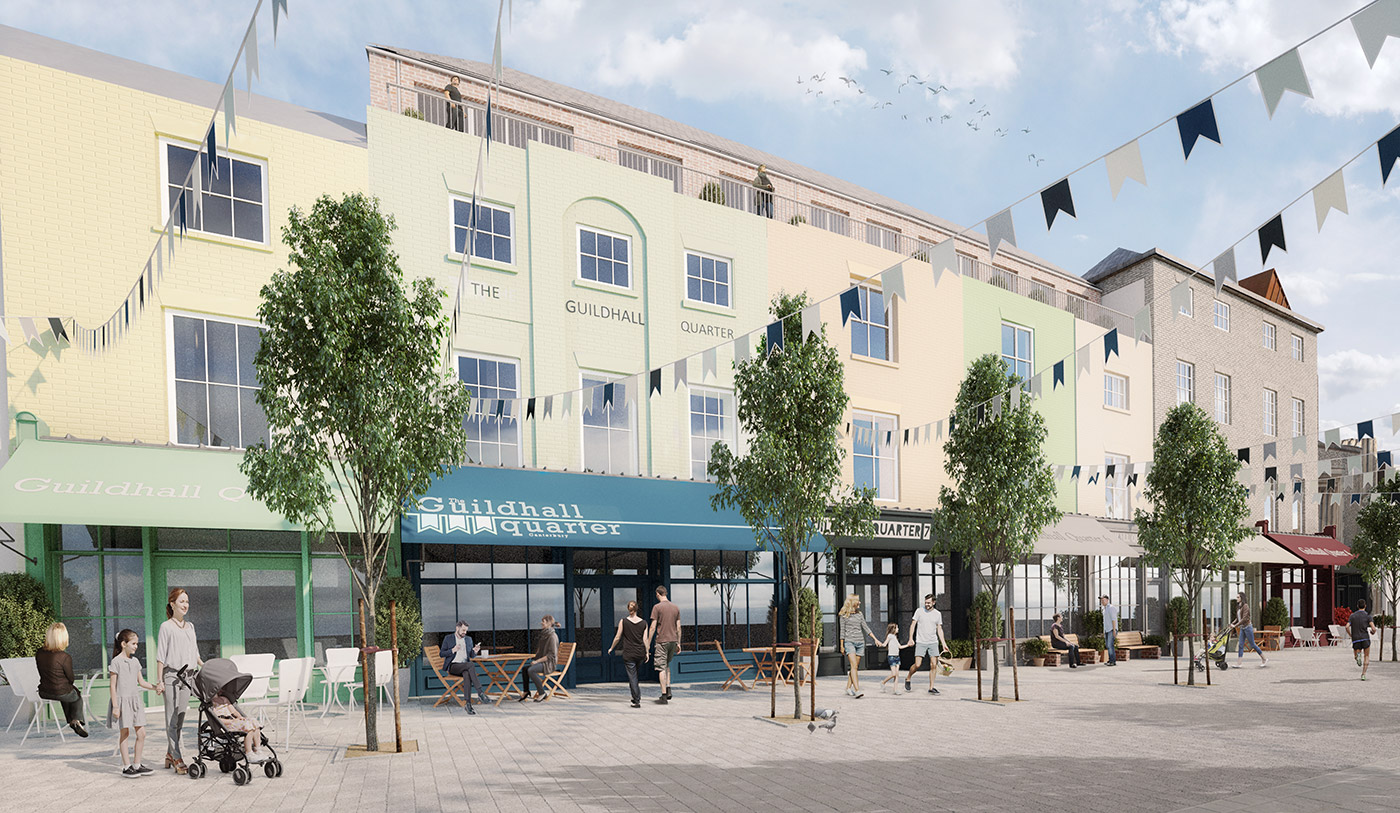 Plans to redevelop three Canterbury city centre sites currently leased by Debenhams are to be unveiled at a public exhibition.

In January 2020, Debenhams will vacate their store comprising of over 93,000ft2 of retail space in the city. The premises are impractical for occupation by a single retailer and are significantly under-utilised in their current form, with around 40% of floor space left empty.

The Guildhall Quarter include plans to repurpose the Debenhams sites fronting the High Street, Guildhall Street, Buttermarket and Mercery Lane, and create a mix of shops better suited to today’s retailers and to develop the upper floors into apartments for city centre living.

The proposals are being brought forward by 90 North Real Estate, the property investment management company advising the owners, and Canterbury-based designers of the scheme, Clague Architects.

IF approved Guildhall Quarter will see the transformation of the ground floor of the two Debenhams stores into 11 smaller retail units, with the upper floors being redeveloped into 70 apartments including the addition of two new floors.

The ground floor store on Guildhall Street, currently trading as Cotswold Outdoors in a building also leased by Debenhams, will remain as a shop, with proposals to create six apartments in the two floors above.

The exhibition is being held at 10 Best Lane, Canterbury, CT1 2JB, between 2pm - 7pm on Thursday 18 July. The public will be able to view the proposals and meet the team from.

“We agree with the City Council that the three Debenhams sites offer one of the most significant city centre development opportunities in years. We believe our plans will deliver a sustainable long-term future for all three sites and strengthen the local economy.

“90 North has been an investor in Canterbury since 2012 when we purchased the Parham Road Student Village. When the three sites in Canterbury came to the market we knew we could use our experience to transform this important, but under-utilised, retail space into a place that would be in keeping with Canterbury’s reputation for quality and that the city could be proud of.”

“The proposed scheme for the Guildhall Quarter has been developed through a significant analysis of the existing buildings, their condition and their relationship with Canterbury’s world heritage site.

“The design represents a sensitive and characterful vision for this important location in Canterbury that acknowledges the history of its surroundings and their future vitality.”