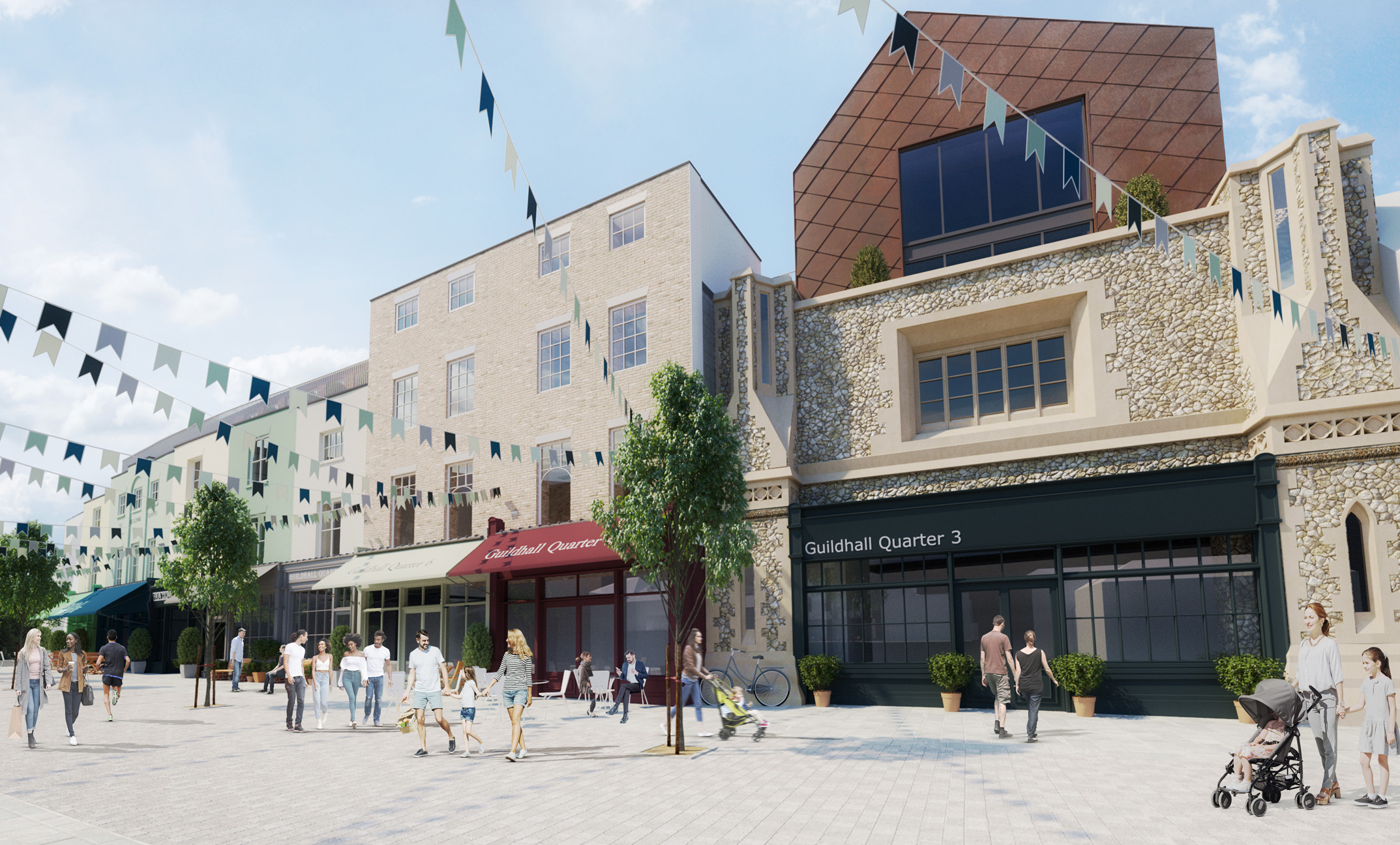 The Guildhall Quarter includes plans to repurpose the Debenhams sites fronting the High Street, Guildhall Street, Buttermarket and Mercery Lane, when they each close in January next year.

The proposals have been brought forward by 90 North Real Estate, the property investment management company advising the owners, with the scheme designed by Canterbury-based Clague Architects.

The planning application includes proposals to create 12 shops better suited to today's retailers and to create 70 apartments on the upper floors of the current Debenhams buildings, with 14 of them designed for accessible living.

The ground floor store on Guildhall Street, currently trading as Cotswold Outdoors, is a building also leased by Debenhams, will remain as a shop, with proposals including the creation of a further four apartments in the two floors above.

The application follows a public exhibition held on 18 July at the former Multiyork shop in Best Lane, which welcomed 166 visitors, including members of the public, representitives from the City Council, the Canterbury BID team and local businesses. The project's website has been visited by nearly 700 people.

Karl Elliott, Managing Partner at Clague Architects, said: "From January three significant sites will be vacant in the city centre. Unless repurposed for today's retailers and residents, it will undermine the local economy and make the area less attractive to people visiting the nearby UNESCO world heritage site if left empty for long.

"Following Debenhams' announcement that it was planning to close, the owners went out to the market in search for new tenants. However, it quickly became clear the buildings' size and layout didn't work for three single occupiers, and so we have repurposed them into smaller, more attractive units."

It is hoped the application will be considered by Canterbury City Council before the end of the year.